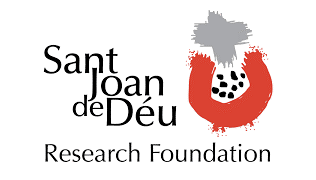 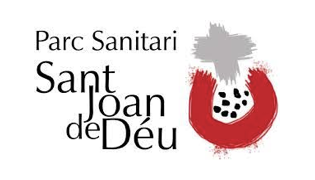 Fundació Sant Joan de Déu (FSJD) is a non-profit research institution whose primary goal is to contribute to the improvement of people’s health and welfare mainly in the areas of Mental Health and Maternal and Child Health.

Accordingly, the Foundation’s objective is to work jointly with the hospitals and other centres of Sant Joan de Déu, for instance Parc Sanitari Sant Joan de Déu, to expand scientific knowledge and to improve the care given to people who suffer health problems. Parc Sanitari Sant Joan de Déu (PSSJD) is a private non-profit institution that includes a general hospital and a large network of mental health services, which provides comprehensive mental health and disability services. PSSJD’s Research, Innovation and Teaching Unit focuses on bringing together researchers and clinicians in the areas of public health, mental disorders and disability.

EMPOWER will be developed by the research group “Impact, risk and prevention of mental disorders”, co-led by Dr. Beatriz Olaya. Our group consists of clinicians (psychiatrists, psychologists and clinical neuropsychologist, nutritionists, and pharmacologist), basic research personal (biologist, physics) and mathematicians and biostatistics with remarkable experience in clinical practice and research, and collaborates with other public health researchers. The group is part of the Centre for Biomedical Network Research on Mental Health (CIBERSAM), financed by the Carlos III Health Institute and recognised as a consolidated research group by the Government of Catalonia (AGAUR – Agency for Administration of University and Research Grants).

Our research focusses on the epidemiology and social impact of mental disorders in general and the evaluation of their risk, prevention and treatment. Some examples of the epidemiological studies we carried out are the “World Mental Health Surveys” study (an initiative of the World Health Organization), “Ageing with health (Edad con Salud)” (a nationally funded, ongoing cohort study of 4.700 people to analyze healthy aging) and “Post-Migration Welfare and Health Study” (aimed at detecting psychosocial and health needs of people who migrated to Spain). In parallel, our research focusses on generating strategies to prevent mental disorders by using new technologies. In this regard, we are conducting a clinical trial in small and medium enterprises to analyze the effectiveness of a self-management program for psychological wellbeing.

Finally, our research group has leading capacity, with national and international projection. It leads national and international competitive projects and has participated in several European projects as coordinator and partner; relevant examples of coordinated H2020-funded projects are: ATHLOS (635316, RIA), which is aimed at analysing trajectories of healthy ageing and main determinants, using a harmonised data set from 20 longitudinal ageing studies and SYNCHROS (825884, CSA) aiming to establish a sustainable European strategy for the development of the next generation of integrated population, patient and clinical trial cohorts, thereby contributing to an international strategic agenda for enhanced coordination of cohorts globally.

EPIDEMIOLOGY OF MENTAL DISORDERS AND AGING > 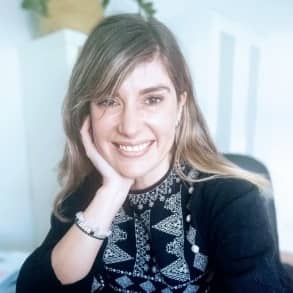 Coordinator of EMPOWER
Post-doctoral researcher and co-leader of the “Impact, risk and prevention of mental disorders” group at the Research, Innovation and Teaching Unit of PSSJD
+34 93 640 63 50 ext. 12540
beatriz.olaya@pssjd.org

Beatriz Olaya is a clinical psychologist, European doctor and MSc in Methodology and Statistics. She has been working for FSJD-PSSJD since 2010 as a post-doctoral researcher and has been involved in several national and international projects about epidemiology of mental health. She is the co-leader of the “Impact, risk and prevention of mental disorders” research group at PSSJD and has published more than 70 scientific papers.

Her main research interest has been focused on analyzing trajectories of health and mental health, especially associated with the ageing process, and cognitive functioning and mental disorders (depression and anxiety). Her interest now is also focused on the prevention of common mental disorders in the general population and the use of new technologies.

She is the WP leader of the SYNCHROS project (an H2020 funded study) to create an European agenda to optimize the harmonization of clinical and population-based health cohorts. She is the principal investigator of two nationally awarded scientific projects (“Understanding mental health and disease in Spain: determinants and trajectories in a population cohort for 9 years” and “Mortality associated with mental disorders and the impact of physical comorbidity: Analysis based on “big data” and a representative longitudinal sample of adults”). 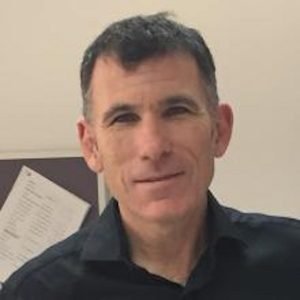 Josep Maria Haro, psychiatrist and PhD in Public Health, is the head of the Research, Innovation and Teaching Unit at PSSJD and associate professor of medicine at the University of Barcelona. His main areas of research are the epidemiology of mental disorders and treatment outcomes in mental health.

He has conducted studies on the prevalence and impact of disorders in the general population and the treatment of mental disorders in primary care. Recently, he has focused on the determinants of healthy ageing, analysing both the impact of physical and mental disorders and the effect of societal and environmental aspects. In 2011, he received the award of best researcher from the Spanish Society of Biological Psychiatry.

He coordinated the project “Roadmap for mental health and wellbeing research in Europe” (ROAMER, Ref.: 282586) and is currently the European coordinator of the H2020-funded project Ageing Trajectories of Health: Longitudinal Opportunities and Synergies (ATHLOS, Ref.: 635316). 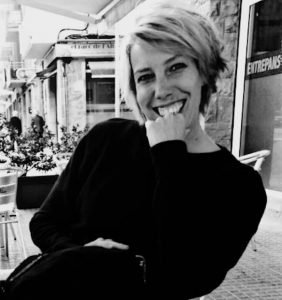 Ellen Vorstenbosch has a master degree in culture and personality psychology and post-graduate degrees in organisational psychology and advanced project management. She has worked as a researcher in a Dutch forensic psychiatric hospital and in this role she has been the initiator and project manager of COST Action IS1302 – Towards an EU Research Network on Forensic Psychiatry.

Through the latter, she got affiliated with FSJD-PSSJD in 2013. She has been working at the Research, Innovation and Teaching Unit of PSSJD since 2016, initially as a researcher on several systematic literature reviews and later as a project manager. During her career, she has gained a wide experience in project management i.a. through her involvement in the H2020 projects ATHLOS (GA no. 635316) and SYNCHROS (GA no. 825884).

Paula Cristóbal-Narváez is a biologist, psychologist and holds a PhD in Clinical and Health Psychology. She is an expert in Neurosciences, Stress and Mental Health. During her PhD, she performed research into gene-environment interaction approach on psychosis phenotype. She has collaborated with relevant national teams in the field of gene-environment interactions on mental health (research group recognized and funded by the AGAUR 2017 SGR 1612) and also with international groups, being part of relevant EUropean Gene-Environment Interactions networks (EUGEI Project; HEALTH-F2-2010-241909).

Since 2018, she is working at FSJD PSSJD and holds a post-doctoral fellowship from the Spanish Ministry of Ministry of Science, Innovation and Universities (Juan de la Cierva, Programme for the Promotion of Talent and its Employability in R&D&i).

Currently, her research is focused on the prevention of mental health problems and promotion of well-being from a cross-cultural perspective, leading and collaborating in national projects funded by Spanish Ministry of Labour, Migrations and Social security (II IN 180803 EN 162 FA 01; II IN 170717 EN 162 FA 01) and Catalan Government (SLT006/17/00354). 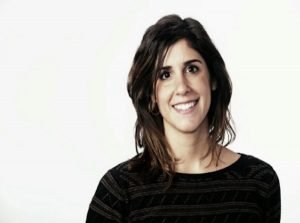 Mireia Félez-Nobrega has a master degree in Neuroscience and a PhD in Cognitive Psychology. She was a visiting PhD student at Center for Cognitive and Brain Health (Department of Psychology, Northeastern University, USA). She joined FSJD-PSSJD as a postdoctoral researcher in February 2019.

During her scientific career, she has been involved in several national and international projects focused on exercise and brain health, cancer prevention, promoting physical activity and reducing sedentary behaviors at workplace, and promotion of mental health at workplace. Her main areas on interest are related to lifestyle behaviors (physical activity and sedentary behavior), health promotion, cognitive neuroscience, health psychology and occupational health.

Desirée Gutiérrez Marín graduated in Biomedical Sciences at Universitat Autònoma de Barcelona. She completed her Master’s Degree in Genetic, Environmental and Nutritional Conditioners in development and growth at Universitat Rovira i Virgili and holds a PhD in Biomedicine.

She stayed at Great Ormond Street Institute of Child Health in London as PhD student. She joined PSSJD–FSJD in 2019 as a project manager assistant and researcher at the Research, Innovation and Teaching Unit.