Journalism has a health condition and it is not COVID 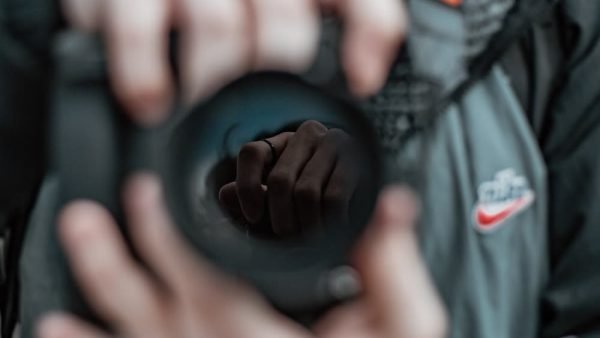 Selva and her colleagues surveyed 73 journalists from international news organizations in June 2020. All of them had “worked on stories directly related to the pandemic”. The survey had a 63 percent response rate. Of the group that answered, about 70 percent said they were suffering from psychological distress. More than a quarter of respondents showed symptoms like worry, feeling on edge, insomnia, poor concentration and fatigue, that were “clinically significant” and compatible with the diagnosis of generalized anxiety disorder. Around 11 percent reported symptoms consistent with post-traumatic stress disorder.

The research team interviewed longtime reporters — respondents had an average of 18 years of experience — working at large, relatively stable outlets. Ninety-nine percent reported being in a good physical health. Although only 4 percent of the respondents were covering health issues before the corona outbreak, 74 percent said they were currently covering health through their pandemic reporting. A full 60 percent of respondents said they were working longer hours since the pandemic began.

The authors found a negative correlation between covering Covid-19 and a reporter’s age — an “intriguing finding” that they interpreted as news organizations showing sensitivity to their staff’s wellbeing. “The older you are, the less likely you were to be given a COVID-19 story”. The study found a significant correlation between psychological distress and the absence of counselling. Just over half of the journalists surveyed said they had been offered it. “The situation could be even worse in less privileged areas of the journalistic profession,” wrote Selva and Feinstein. Freelance journalists, who miss from the reports of layoffs and deal with the pandemic’s impact without protections like unemployment or severance pay, are particularly vulnerable.

The International Center for Journalists (ICFJ) and the Tow Center for Digital Journalism at Columbia University launched in April 2020 the Journalism and the Pandemic Project, which surveyed more than 1,400 English speaking journalists in 125 countries. The team published the first results mapping the extent of the global impact of the coronavirus pandemic on the journalism industry, from battling disinformation to dealing with online abuse and mental health crisis. The survey revealed that 82 percent of journalists reported at least one negative emotional or psychological reaction as a result of the pandemic. Nearly three quarters (70 percent) said the emotional and psychological impacts of dealing with covid-19 were the most difficult part of their work.

For journalists covering the Covid-19 pandemic and its consequences, the main challenge is burnout and unremitting stress for a long period. Coronavirus might also expose them to anticipatory traumatic reaction according to Elana Newman, the research director for the Dart Center for Journalism and Trauma and a psychology professor at the University of Tulsa. Covering tragedy is in every reporter’s job description. When tragedy happens, journalists cover the aftermath. But when covering COVID-19, the traumatic event is not just protracted, but it gets worse with time according to the ‎Instituto Poynter‎. When covering the coronavirus crisis, reporters also have to keep their own “anticipatory grief” at bay. “I think that the challenging thing about this event is that we have to sort of rally our resources. We are anticipating the unknown losses”,  says Newman. 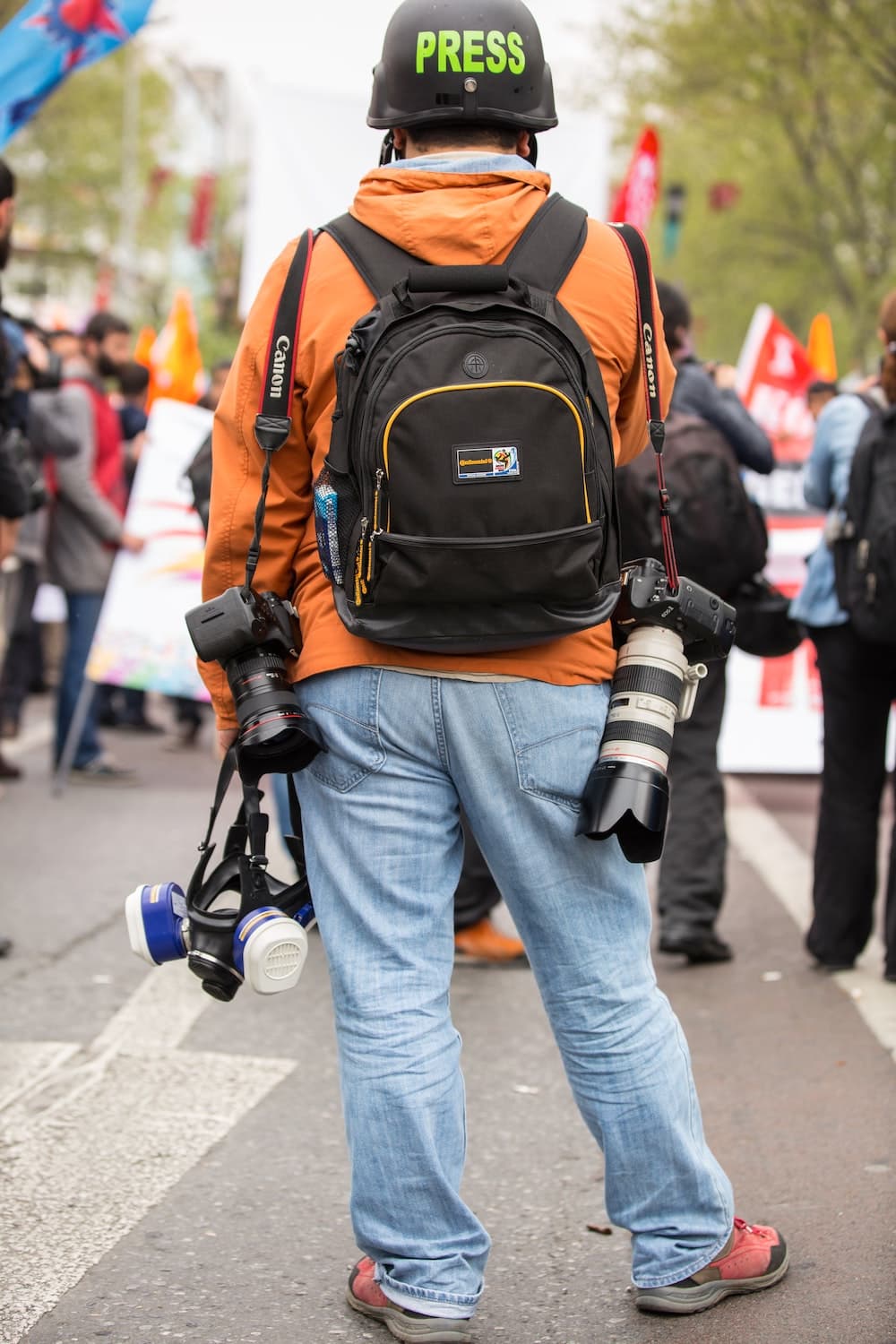 Separating work from the rest of our lives has become difficult during the pandemic. Journalists are also suffering from the economic shutdown. Lost advertising has led publications to lay off or fire employees. Scarce staffs since last economic crisis are working more while worrying about their job security.

A survey of the National Union of Journalists in UK found that many journalists in the United Kingdom and Ireland have faced economic pressures during the pandemic: 61 percent reported their income had been affected by the corona crisis. About 36 percent said they had lost more than half of their earnings. At the same time, journalists have faced higher workloads, stress and anxiety: more than half of surveyed cited mental health concerns. The all members survey revealed that juggling work and the effects of Covid-19 caused stress and anxiety to many of them. The feelings of isolation, anxiety about losing their job, symptoms of long Covid and higher workloads led them to depression and insomnia. Childcare, homeschooling and getting work done ravaged and 45 percent sayed they had problems coping.

With the fear to dismissal threatening, almost three quarters (72 percent) said there had been redundancies at their workplace and 85 percent believed the continuing crisis would lead to further job cuts. One in five said they were not always able to socially distance and a third were not confident that adequate cleaning was taking place when working from the office. Shared equipment usually includes a headset with a microphone. Lack of ventilation was also a common problem. The survey was carried out between the end of December 2020 and January 2021, with 840 respondents.

A confluence of traumatic events, including the pandemic, the financial collapse of the news industry amid an economic shutdown and the police violence have contributed to a sense that mental health care is as necessary as physical health care according to a Nieman Report about Reporting and Resilience. Journalists covering the pandemic are now faced with the added stress of covering protests in which reporters and photographers have been assaulted and arrested for doing their jobs. For journalists covering the protests, getting arrested or attacked on the streets can be traumatizing. For black journalists, who have publicly called out racism in their workplaces, these stressors are magnified by the protests, which works as a precipitating event. Overwhelmingly white newsrooms can be felt like a hostile work environment by journalists of color, who face the psychological fatigue of code-switching or the impostor syndrome. They also feel like they have to fit into the dominant white culture and this can an harm their mental health, according to Martin G. Reynolds, co-executive director of the Maynard Institute for Journalism Education.

Journalism has a health condition

Journalism has a health condition according to the Spanish researcher Santiago Gascón from the University of Zaragoza in Spain and is not coronavirus. Journalists are at particular risk of work-related stress and burnout according to the article “Value Conflict, Lack of Rewards, and Sense of Community as Psychosocial Risk Factors of Burnout in Communication Professionals (Press, Radio, and Television)” published in the International Journal of Environmental Research and Public Health.

Information professionals have been identified as a high-risk sector for health problems derived from work stress and burnout. To a great extent, some distinctive aspects have been considered concerning other professions as the main cause of this: the profession has suffered dramatic changes in the last decades, which have produced drastic cuts in the workforce, as well as an overload in the quantity and the variety of tasks which require constant updating with new technologies by the remaining personnel. Communication professionals suffer, as in other professions, high levels of EE, mainly due to this work overload. Over the time, these employees may be prone to a lack of personal accomplishment at work. However, the most distinctive feature compared with other work environments could be the disagreement between the aspirations and objectives of the employees and the values defended by their company daily.

The objective of the Spanish study was to describe and analyze the principal factors involved in the appearance of burnout in information professionals, as well as the possible interactions between them and their self-reported health, and to observe whether the variables involved are the same in different types of environments. To achieve this objective, a transversal descriptive study was developed from September to December of 2019 in Spain. The sample consisted of 292 subjects: 145 males (49.7%) and 147 females (50.3%). The mean age was 43.45 years, age range (22–67) and 76.6% of them were living with a stable partner. In terms of the work variables, two-thirds of the sample had more than 12 years of experience in the sector, more than half had a permanent contract and they presented mean low levels of exhaustion, cynicism and lack of personal accomplishment. When comparing different types of media, journalists who work in institutional press offices presented significantly higher scores in PA and higher in control, rewards, community, justice, and values.This first analysis of psychosocial factors in the media is part of a wider study. The data were used to design and implement a model of permanent prevention based on the clarification of the company’s values, the implementation of a transparent justice system, and the distribution of rewards.

Initial research in this field was focused on the posttraumatic stress symptomatology suffered by war correspondents, or catastrophe witnesses/informants; however, these dramatic situations are no longer representative of the typical activity of such professionals.

Journalists know trauma, but COVID-19 might expose them to something new: anticipatory trauma. Poynter Institute

Reporting and Resilience: How Journalists Are Managing Their Mental Health. Nieman Reports

María Miret is an international freelance journalist covering health issues who works as a Communications Officer of EMPOWER. She has created the “Broken souls” project about journalism and mental health.